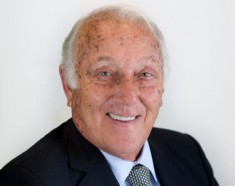 The Committee for Mornington Peninsula sadly marks the passing of Frank Costa AO and extends our condolences to the Costa Family for their loss.

Mr Costa was an inspiration to his community and an example for ours - a business-person with a deep commitment to local employment and economic opportunities and a belief that people with a capacity to contribute to advancing community interests should step forward and make that contribution.

He was a foundational part in establishing a vision for a Committee across the bay who would advocate for the best interests of their community, as he had done for a lifetime.

A larger-than-life figure who gave so much and touched the lives of countless many, Mr Costa will be sorely missed by those who knew him or felt his influence.

He was a man who created opportunities for others, who challenged people to be and to do better, and who inspired communities to believe in a shared vision for something greater.

His legacy endures in a better and more prosperous Geelong than when he found it, in a football club that soared to new heights under his leadership, in an industry that was transformed by his passion and steady hand, and in the love of his wife and eight daughters.