Cultural and community activity provides the social fabric upon which a society can function, and generates significant social and economic benefits across all levels of the community. Mornington Peninsula’s metropolitan status impacts the municipality’s ability to attract government funding in the arts industry. Community and recreation infrastructure expenditure is also more generous in regional areas than metropolitan Melbourne on a per capita basis.


What is the impact of the metropolitan designation on art, culture, community and recreation within the Mornington Peninsula?

However, Mornington Peninsula is not eligible for regional cultural, arts, and community funding programs. However, we employ a higher percentage of people in the arts and recreation services (2.6%) compared to regional Victoria (1.5%) and Melbourne (2.1%). We are also unlikely to benefit from significant cultural project investments in Melbourne.

Being connected to a metropolitan city is an advantage to the art world. For example, musicians and artists with five million people in relative proximity are better positioned to succeed than those in a regional area with only a small population base. Therefore, additional government support exists for regional arts and culture industry operators.

However, the travel distance to Melbourne and our poor transport network are likely to result in Mornington Peninsula’s artists and musicians only having access to a much smaller population catchment than a typical metropolitan location.

As a result, peninsula artists and musicians are unlikely to draw on and benefit from access to metropolitan Melbourne’s large population. Therefore, our local arts and culture industry is likely to be drawing on a relatively local population base similar to regional areas. Likewise, our local community is unlikely to benefit from major cultural projects in Melbourne due to our distance from the city.

The 2020-21 state government budget included $35 million for regional creative infrastructure projects, while a further $9 million supported, among others, the regional touring industry.

At the federal level, the Regional Arts Fund provides approximately $3.6 million per year to support artists and communities in regional and remote areas, which rules out the majority of the Peninsula.

As a result, Mornington Peninsula is ineligible for the Victorian Government’s Stronger Regional Communities Program. This program provides financial support to community-led initiatives that improve social and economic participation in regional areas. One of the key policy objectives of the program is to improve the liveability of regional and rural towns to attract and retain families and young people.

State government funding and support for sports and recreation organisations are allocated statewide; therefore, our current designation has minimal impact.

However, given the higher infrastructure expenditure, a regional designation could deliver more funding to improve sports and community infrastructure outcomes for the Peninsula.

Despite Mornington Peninsula’s metropolitan status, our arts, culture, community and recreation sectors are unlikely to realise many key benefits typically associated with a metropolitan area.

Due to the Peninsula’s alignment to regional Victoria’s demographic profile, a regional designation could provide stronger alignment with funding opportunities to reflect the challenges faced in the region by the local arts industry and  improve cultural services and community infrastructure.

However, a regional designation at the state level would not improve access to federal funding.

And a regional designation also appears to have no tangible negative impacts.

What do you think we need to improve our arts, culture, community and recreation on the Peninsula?

How can we help advocate to improve the Peninsula?

This research was conducted by Urban Enterprise as commissioned by the Committee for Mornington Peninsula in partnership with Australian Unity. 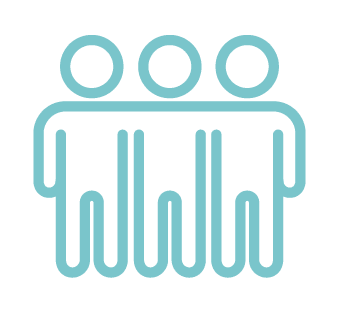 Get the latest updates.

THE COMMITTEE FOR MORNINGTON PENINSULA WILL: