IA have proposed an ‘initiative’ for public transport connectivity improvements to, and through, Frankston, with a view that these improvements should support major redevelopments to the east of Frankston. Elements identified by IA for such an initiative, include:

The CfMP is urging IA to ‘life its gaze’ beyond the east of Frankston in relation to transport requirements to consider the needs of the Mornington Peninsula and explore the staged electrification of the rail line beyond Frankston along the Stony Point line and freight rail connections to Cranbourne line.

President of CfMP, the Hon Bruce Billson emphasised the significant public transport and infrastructure challenges faced by the Mornington Peninsula.
“Our region has the lowest access to public transport facilities within metropolitan Melbourne, and this raises the question again about whether policy makers and transport planners even consider the Mornington Peninsula to be part of the metropolitan Melbourne”, Mr Billson said.

“This impacts our community by inhibiting access to educational services, jobs and visitor connections to the region.
“The recent CfMP study on available land for local employment creation examined journey to work data and found that 45% of Mornington Peninsula residents with a job leave the Peninsula, some commuting significant distances, to their place of employment.

“Improving this employment ‘self containment’ with more local livelihood opportunities must be complemented by improved transport options and linkages for those forced to leave the Peninsula for work.

“This must involve IA lifting its gaze beyond the east of Frankston in relation to transport requirements to consider the needs of the Mornington Peninsula, and this will be the CfMP focus as the process moves into the “initiative identification and options development’ phase”, Mr Billson said.
Mr Billson added that the release of the Commonwealth-funded ‘business case’ undertaken by the State Government into extended the Frankston line electrification to Baxter would provide key insights and analysis on the best next steps for improving rails services for the Peninsula.

As outlined in by the recent “Better Buses” campaign by the Mornington Peninsula Shire: 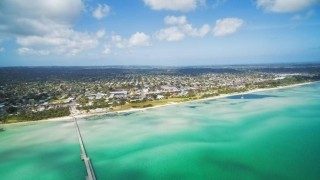 A new report reveals rezoning the Mornington Peninsula as regional would not only unlock more funding but would fix social and economic inequalities. Read More… 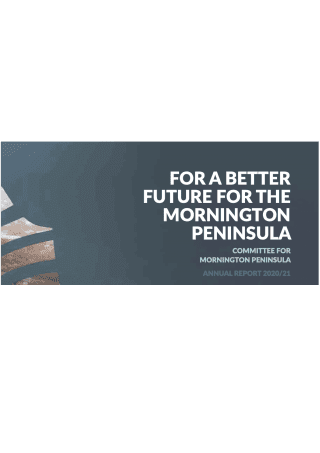 Click through to read the Committee for Mornington Peninsula's annual report for 2020 - 2021. Read More… 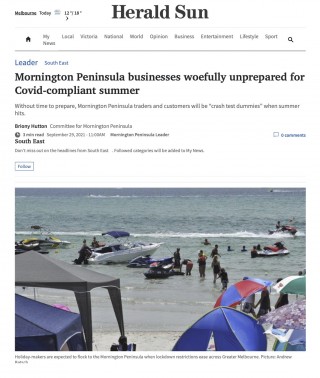 As travel and capacity limits ease, Melburnians and regional Victorians making their annual pilgrimage to the Mornington Peninsula will find that the shops and restaurants are woefully unprepared for mandatory vaccine passport check-ins.